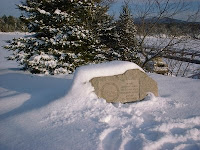 When I trek around the Somes Harbor, it's hard to imagine that the first permanent settlement on Mt. Desert Island (founded by Abraham Somes in 1761) turned into a thriving industrial center with seven mills and five shipyards! ...The mills are 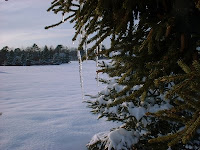 gone...and so are the shipyards...but the Harbor and the fjord remain as incredible as they must have been when he first arrived on the Island from Gloucester, Mass.
I did a little research and found out that Abraham obtained the land for development on grants from Francis Bernard, who was the governor of Massachusetts .Securing the property for Great Britain, he chose to establish a village (along with James Richardson) at the North end of the fjord which cuts through the center of the island. (located across the street from my office)... The harbor would later be named after him as Somes Sound . His settlement , named Somesville, would develop into an important trading location that largely allowed for the rest of the island to be 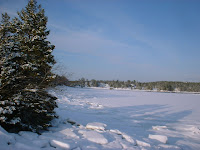 permanently colonized in the years following the American Revolutionary War.
Abraham served in the military, then returned to Somesville where he raised his family of 13 children.
I am so delighted that my friend Dr.Virginia Somes Sanderson honored his memory with the memorial stone at the harbor and captured his memory in her book, "The Living Past". Thank you ,Virginia. I think of you often when I rest near Abraham's stone, and gaze out over Somes Sound......and ponder the amazing beauty of Abraham's settlement .
Realtor gramEpat technorati tag
Posted by GramE Pat at 6:54 PM No comments:

This is a personal blog.
The opinions are my own.